The UK-ASEAN Business Council is delighted to kick-off 2021 with a discussion co-hosted by the ASEAN Business Advisory Council on Brunei’s priorities as ASEAN Chair for 2021 and a look at what to expect in the year ahead across Southeast Asia with senior government, business and thought leaders from both the UK and ASEAN.

Brunei’s theme of ‘We Care, We Prepare, We Prosper’ is aimed at strengthening ASEAN’s solidarity and reinforcing ASEAN’s centrality while ensuring the recovery from the pandemic is inclusive and sustainable across the ASEAN community.

This important event will explore the major themes and issues that economies and businesses in Southeast Asia will face as ASEAN seeks to recover and overcome the challenges brought about by Covid-19.

To register please click below. This event is free to attend. 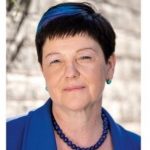 Lucy has had 3 careers, in politics in business and in the civil service.

Currently, she is a Conservative peer, sitting on the Lords EU Committee (and its Financial Services sub-committee), is Chairman of Crown Agents (a not-for-profit business dating back to 1833) and is a non-executive director of Capita plc, Secure Trust Bank Plc, Thomson Reuters Founders Share Company and Health Data Research UK.

Lucy became a peer in 2013 and was Parliamentary Under-Secretary of State for Business and Minister for Intellectual Property from 2014-2016. She represented the UK on the Digital Single Market and in the EU Competitiveness Council. From 2016-2017 she was the Minister of State responsible for Energy and then Commercial Secretary at the Treasury.

Lucy has previously been a non-executive director of ITV, PwC, Metro AG and other companies. She was President of EuroCommerce, the Brussels retail and wholesale Trade Association, and served on the China Britain Business Council, the UK India Business Council and the CBI Economics Committee.

Before her career at Tesco she was a civil servant and a member of the Prime Minister’s Policy Unit in Downing Street, having spent her earlier career in what is now DEFRA.

Lucy is a Governor of the London Business School and an honorary fellow of her old college, Somerville College, Oxford. She is married with four sons and is interested in the arts, cricket, racing and gardening. She lives in Southwark and Wiltshire. 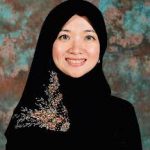 The Hon. Ar Yanty Rahman, Chair ASEAN Business Advisory CouncilThe Hon. FDr. Ar. Siti Rozaimeriyanty DSLJ Haji Abdul Rahman is a registered Practising Architect with BAPEQS, RIBA Chartered Member, UK and ASEAN Architects. Prior to establishing Eco Bumi Arkitek (EBA), The Hon. Rozaimeriyanty was a Senior Architect with the Public Works Department, Ministry of Development of Brunei for 15 years. She is the first female President of Institution of Surveyor, Engineer and Architect (PUJA Brunei) for the term 2018 to 2019.

Ten years into the establishment of Eco Bumi Arkitek, The Hon. Rozaimeriyanty was appointed by His Majesty the Sultan and Yang-Di-Pertuan of Brunei Darussalam as one of the Brunei Darussalam Legislative Council (LegCo) Members, due to achieving distinction, for a term of five years effective from 2017 until 2021. As a LegCo member, The Hon. Rozaimeriyanty actively presents the equality of opinions in all the concerns raised, particularly on issues of education, women and economic growth. In order to do this, she actively reaches out to the society in the form of invitations for forums and as a speaker for numerous events. 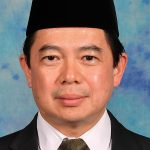 Prior to his tenure with the Brunei Government, Dato Dr Amin worked as a Crude Oil Trader with Brunei Shell Petroleum Co Sdn Bhd in the mid-nineties after returning from the United Kingdom where he worked for ICI Finance PLC as a research analyst in the late eighties / early nineties. 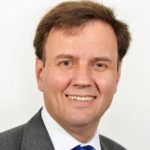 Greg Hands was appointed Minister of State for Trade Policy in the Department for International Trade (DIT) on 13 February 2020 and is the Ministerial lead for the ASEAN Economic Community.

He was previously Minister of State in the Department for International Trade from 2016 to 2018. He was elected the Conservative MP for Hammersmith and Fulham in 2005, and for Chelsea and Fulham in 2010.

Greg was educated at a variety of state schools in the UK and the USA, but principally at Dr Challoner’s Grammar School, Amersham, before going on to study Modern History at Cambridge University, including time spent in the modern languages and oriental studies faculties graduating with first-class honours.

Greg Hands has been a government minister since October 2011. He served first as the Treasury Whip, 2011 to 2013, and then as Government Deputy Chief Whip and Treasurer of Her Majesty’s Household, 2013 to 2015. Following the May 2015 General Election, Greg Hands attended Cabinet as Chief Secretary to the Treasury under the then Chancellor of the Exchequer, George Osborne.

Greg served as a Local Councillor in Fulham, 1998 to 2006. He was elected Conservative MP for Hammersmith and Fulham in 2005, the MP for the redrawn Chelsea and Fulham constituency in 2010 and again in 2015. 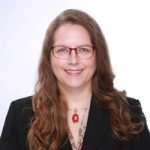 The Asian Trade Centre works with governments and companies to design better trade policies for the region.  Dr Elms is also Vice-Chair of the Asia Business Trade Association (ABTA) and sits on the International Technical Advisory Committee of the Global Trade Professionals Alliance and is Chair of the Working Group on Trade Policy and Law.  She is also a senior fellow in the Singapore Ministry of Trade and Industry’s Trade Academy.

Mark Garnier was Parliamentary Under-Secretary of State at the Department for International Trade from 17 July 2016 to 9 January 2018. He was elected as the Conservative MP for Wyre Forest in May 2010.

Mark was educated at Charterhouse School, Surrey. In 1982 he began a 17-year career in the City of London, initially working on the floor of the London Stock Exchange before specialising in Far Eastern and other global emerging market investment banking. In 1999, Mark switched to boutique investment fund management, running small specialist funds, until he was elected in 2010. He also spent a spell as a small business advisor. He has served on the Court of the Worshipful Company of Coachmakers and Coach Harness makers of London for a number of years.

Mark was a district councillor of the Forest of Dean District Council from 2003 to 2007 and was elected as the Conservative MP for Wyre Forest in May 2010. He served on the Treasury Select Committee (2010 – 2016) and the Parliamentary Commission on Banking Standards (2012 – 2014). Mark chairs the ASEAN All-Party Parliamentary Group and is currently the Prime Minister’s trade envoy to Brunei, Myanmar and Thailand. 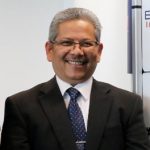 Dr. Rizal Sukma is a Senior Research Fellow at the Centre for Strategic and International Studies, Jakarta. Previously, he was Indonesia’s Ambassador to the United Kingdom, Ireland and the International Maritime Organization (IMO), London, from 2016 to 2020. He joined CSIS in 1990 as a researcher and assumed the role of Executive Director in 2009 until 2015. Dr. Sukma also served as former Chairman of International Relations, Muhammadiyah Central Executive Board (2005-2015). Since receiving a PhD in International Relations from the London School of Economics and Political Science in 1997, he has worked extensively on such issues as Southeast Asian security, ASEAN, Indonesia’s defence and foreign policy, military reform, Islam and politics, and domestic political changes in Indonesia.

His many publications include “The ASEAN Political and Security Community (APSC): Opportunities and Constraints for the R2P in Southeast Asia”, which appears in The Pacific Review, Vol. 25, No. 1 (March 2012), and “Indonesia Finds A New Voice,” Journal of Democracy, Vol. 22, No. 4, (October 2011).

Similar News For You

Join 80,000+ awesome subscribers and update yourself with our exclusive news.

ASEAN-BAC addressing the ASEAN Committee of the Whole (CoW)